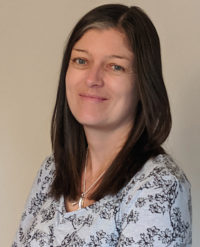 Caroline Bishop began her journalism career at a small arts magazine in London, after a brief spell in educational publishing. Caroline turned freelance in 2012 and a year later moved to Switzerland, where her writing veered towards travel and she has contributed to publications including the Guardian, Independent, Daily Telegraph and BBC Travel, writing mainly about Switzerland, and co-wrote the 2019 edition of the DK Eyewitness Guide to Switzerland. For two years Caroline was editor of TheLocal.ch, an English-language Swiss news site, and it was during this time that she became fascinated with aspects of Swiss history and culture, particularly the evolution of women's rights. The Other Daughter is her first book.

The Other Daughter (Simon & Schuster)

When Jessica, a young British woman, discovers a shocking secret about her birth she travels to Switzerland in search of answers. She knows her mother spent time in the country writing an article on the Swiss women’s rights movement, but what she doesn’t know is what happened to her while she was there. Can Jess summon the courage to face the truth about her family, or will her search only hurt herself and those around her even more?