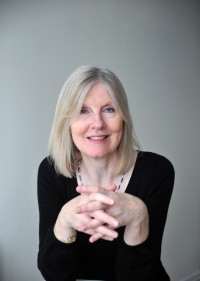 Helen Dunmore is the author of fourteen novels. Her first, Zennor in Darkness, explored the events which led to D H Lawrence’s expulsion from Cornwall (on suspicion of spying) during the First World War. It won the McKitterick Prize. Her third novel, A Spell of Winter, won the inaugural Orange Prize, now the Bailey’s Prize for Women’s Fiction. Her bestselling novel The Siege, set during the Siege of Leningrad, was described by Antony Beevor as ‘a world-class novel’ and was shortlisted for the Whitbread Novel of the Year and the Orange Prize. The Lie, set during and just after the First World War, was  been nominated for the Folio Prize, shortlisted for the Walter Scott Prize for Historical Fiction, and the Royal Society of Literature Ondaatje Prize.  Exposure is her latest novel.

Exposure
London, November, 1960: the Cold War is at its height. Spy fever fills the newspapers, and the political establishment knows how and where to bury its secrets. When a highly sensitive file goes missing, Simon Callington is accused of passing information to the Soviets, and arrested. His wife, Lily, suspects that his imprisonment is part of a cover-up, and that more powerful men than Simon will do anything to prevent their own downfall. She knows that she too is in danger, and must fight to protect her children. But what she does not realise is that Simon has hidden vital truths about his past, and may be found guilty of another crime that carries with it an even greater penalty.