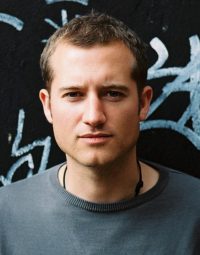 Jonathan Trigell’s first novel, Boy A, won the John Llewellyn Rhys Prize 2004, the Waverton Good Read Award and the inaugural World Book Day Prize in 2008. It was turned into an award winning film by Weinstein Co. and Film 4 staring Andrew Garfield. Among other prizes, it won four BAFTA Awards and the Jury Prize at the Berlin Film Festival. Trigell's follow up Cham, was published in October 2007 and shortlisted for the Boardman Tasker Prize. Jonathan's third work Genus - about a dystopian divided Britain - was published in July 2011 to widespread acclaim . His latest novel, The Tongues of Men or Angels has just been published by Little Brown.  Jonathan Trigell lives in Chamonix.

The Tongues of Men or Angels
After the crucifixion, Jesus's followers - now led by his brother, James the Just - remained devout Jews, vigorously opposed to the Roman occupiers. But a rival faction emerged, led by the charismatic itinerant Paul of Tarsus. Some called him Saint, some called him a liar, but Paul began telling the stories that would transform a small sect of Judaism into a world religion.
The Tongues of Men or Angels shows the night sky of Biblical-era Galilee lit, not by guiding stars, but by flames of terror. He shows contested soil, on which miracles were performed and battles raged. He shows men of flesh and of blood, by turns loving and brutal. In so doing, he unseals a tale of the ages. The Tongues of Men or Angels is a dazzling act of imagination and learning, and a literary resurrection.
The Tongues of Men or Angels is in the tradition of The Good Man Jesus and the Scoundrel Christ by Phillip Pullman and The Liars' Gospel by Naomi Alderman. It is a thought-provoking and controversial novel that grapples with the very language and history of Christianity.