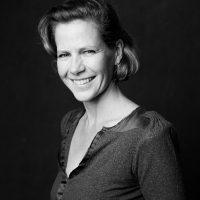 Laura Spinney is an author and science journalist. She has published two novels in English, The Doctor (Methuen, 2001) and The Quick (Fourth Estate, 2007). Her third book of non-fiction, Rue Centrale, came out in 2013 from Editions L’Age d’Homme, and her fourth, a tale of the Spanish flu called Pale Rider, was published by Jonathan Cape in 2017 and in French by Albin Michel in 2018.  She also writes on science for National Geographic, The Economist, Nature, New Scientist and The Telegraph among others. She lives in Paris.