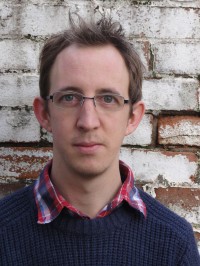 Nathan Filer, 33, is a writer and lecturer in Creative Writing at Bath Spa University. He is a qualified mental health nurse and for many years worked for the mental health service in Bristol where he still lives. His debut novel The Shock of the Fall won Costa Book of the Year in 2014. Jo Brand, comedian, author and former mental health nurse described it as “one of the best books about mental illness.”

His stand-up poetry has been a regular fixture at festivals and spoken-word events across the UK, including Latitude, Port Eliot, Wilderness, Cheltenham and Hay Festival. He has written for The Guardian, and been interviewed on BBC Radio 2, BBC Radio 4, BBC Radio 5 and many others. His 2005 comedy short film Oedipus won the BBC Best New Filmmaker Award and numerous other prizes, including Berlin’s Zebra Poetry Film Award and the Audience Choice Award at Toronto’s World of Comedy Film Festival.