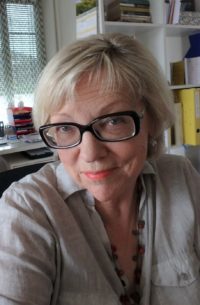 Patti M. Marxsen is a writer and independent scholar whose work has appeared in numerous publications in the United States, Europe, and the Caribbean including the Caribbean Writer, Fourth Genre, The French Review, Journal of Haitian Studies,Saisons d’Alsace, and Women’s Review of Books. Prior to moving to Switzerland in 2007, she served as secretary of the North American Alumni Association of Haiti’s Albert Schweitzer Hospital for a decade. Since then, she has served on the board of the U.S. Haitian Studies Association (2009-2012). As a writer, her contributions to Haitian studies encompass numerous articles and reviews of Haitian Lit as well as translations of Jacques Roumain’s writings published during her research and writing of Jacques Roumain: A Life of Resistance(Caribbean Studies Press, 2019). Her other books include Tales from the Heart of Haiti(2010) and a biography of the little-known wife of Dr. Albert Schweitzer, Helene Schweitzer: A Life of Her Own(2015).