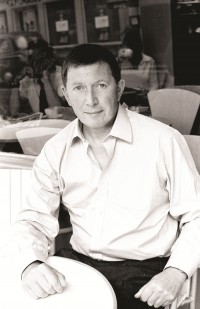 Paul Torday was born in 1946 and read English Literature at Pembroke College, Oxford. He spent the next 30 years working in industry, after which he scaled back his business responsibilities to fulfill a long-harboured ambition – to write. He burst onto the literary scene in 2006 with his first novel, Salmon fishing in the Yemen, an immediate bestseller that has been sold in 22 countries. The film, starring Ewan McGregor, Emily Blunt and Kristin Scott Thomas was released in April 2012 and went straight to the top of the UK box office.  Paul’s other highly acclaimed novels, published by Orion, include The irresistible inheritance of Wilberforce, The girl on the landing, The hopless life of Charlie Summers, More than you can say and Paul’s latest novel The legacy of Hartlepool hall. Paul is married with two sons and two stepsons and lives close to the River North Tyne.