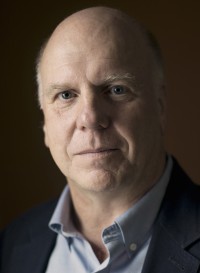 Peter Robinson was born in Yorkshire. After getting his BA Honours Degree in English Literature at the University of Leeds, he went to Canada and took his MA in English and Creative Writing at the University of Windsor, with Joyce Carol Oates as his tutor, then a PhD in English at York University. He has taught at a number of Toronto community colleges and universities and served as Writer-in-Residence at the University of Windsor, 1992-3. He has won numerous awards and nominations for his writing in Britain, the United States, Canada and Europe and has been translated in to nineteen languages. In 2012 he was awarded Doctor of Letters by the University of Leeds. Peter's recent standalone novel Before the Poison won the IMBA's 2013 Dilys Award as well as the 2012 Arthur Ellis Award for Best Novel by the Crime Writers of Canada. This was Peter's sixth Arthur Ellis award. He and his wife divide their time between their homes in Canada and Yorkshire.

Taking the title from the Nick Cave album, Abattoir Blues is a sophisticated thriller that follows the success of No.1 best-seller Children of the Revolution, which shot to the top of the UK charts earlier this year.

It all begins with a stolen tractor, hardly a job for DCI Banks and his Homicide and Major Crimes team, it seems, but the new police and crime commissioner has put rural crime high on her agenda. At the same time, DS Winsome Jackman is investigating a mysterious bloodstain in a disused hangar at an abandoned World War Two airfield. In addition, two local lads are missing. One of them lives in a caravan, which is soon found burned to the ground, and the other's girlfriend receives an unwelcome visit from someone impersonating a police officer.