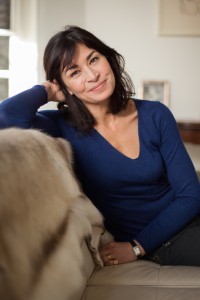 Number one bestseller Sadie Jones won the Costa First Novel Award with her debut The Outcast ('Riveting', Lionel Shriver; 'Devastatingly good', Daily Mail; 'Gripping', Harper's Bazaar). It was also shortlisted for the Orange Prize and was a Richard and Judy Summer Reads pick. Her second novel, Small Wars ('Outstanding', The Times; 'Compelling', Daily Telegraph; 'One of the best books about the English at war ever', Joel Morris) was longlisted for the Orange Prize and her third, The Uninvited Guests was described by the Financial Times as 'dazzlingly well-written... a midsummer night's dream of a book... Unforgettable'. Fallout is her latest novel. ?She lives with her family in London.

Set in 1970s London, Fallout tells the story of four young friends trying to forge their way in the brittle world of theatre, fuelled by ambition, love and betrayal. 1970s theatreland is a world that Sadie Jones knows well having grown up in London, the daughter of poet, playwright and scriptwriter Evan Jones and actress Joanna Jones.