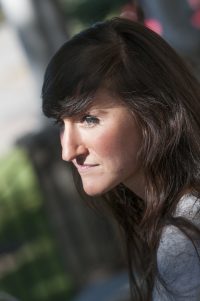 Sara Baume was born in Lancashire and grew up in County Cork, Ireland. She studied fine art and creative writing and her fiction and criticism have been published in anthologies, newspapers and journals such as the Irish Times, the Guardian, The Stinging Fly and Granta magazine. She has won the Davy Byrne’s Short Story Award, the Hennessy New Irish Writing Award, the Rooney Prize for Literature, an Irish Book Award for Best Newcomer and the Kate O’Brien Award. Her debut novel, Spill Simmer Falter Wither, was shortlisted for the Costa First Novel Award and longlisted for the Guardian First Book Award, the Warwick Prize for Writing and the Desmond Elliott Prize. She has received a Literary Fellowship from the Lannan Foundation in Santa Fe, New Mexico. A Line Made by Walking is her second novel. She lives in West Cork.
Shortlisted for Costa First Novel Award 2015, Longlisted for Guardian First Book Award 2015, Desmond Elliott Prize 2016 and Warwick Prize for Writing 2015.
Winner of Geoffrey Faber Memorial Prize, The Rooney Prize, Hennessy New Irish Writing Award, and Irish Book Awards Newcomer of the Year.

A line made by walking

Struggling to cope with urban life – and with life in general – Frankie, a twenty-something artist, retreats to the rural bungalow on ‘turbine hill’ that has been vacant since her grandmother’s death three years earlier. It is in this space, surrounded by nature that she hopes to regain her footing in art and life. Finding little comfort in human interaction, Frankie turns her camera lens on the natural world and its reassuring cycle of life and death. What emerges is a profound meditation on the interconnectedness of wilderness, art and individual experience, and a powerful exploration of human frailty.