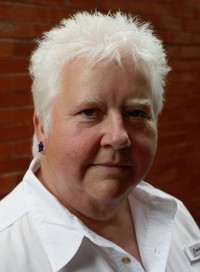 Award-winning crime writer Val McDermid is a Number One bestseller, translated into more than 30 languages, with over two million copies sold in the UK and over 10 million worldwide. She has written 27 bestselling novels to date; The Skeleton Road is her 28th. In March 2014, she published her retelling of Jane Austen’s Northanger Abbey, part of the Austen Project.

A regular broadcaster with BBC Radio, Val’s five-part Woman's Hour drama Village SOS was broadcast on BBC Radio 4, and in 2011 Val also presented BBC Radio 4 serial The Chalet School, in which she talked about how the series of books inspired her education and career.  She recently presented Pick of the Week on BBC Radio 4, has fronted several features for BBC Two’s The Culture Show and is also a supporter of the Million for a Morgue campaign, which aims to build a world class morgue that will be named after one of the crime writers involved.

Set in McDermid’s hometown of Edinburgh, The Skeleton Road centres on a Cold Case investigation. A skeleton is discovered, hidden at the top of a soon-to-be renovated Gothic building. Detective Karen Pirie is tasked with identifying the decades-old bones and soon finds herself unearthing a series of past conflicts, false identities and secrets that have long been buried.